“Sneak Attack” gained modest regional airplay. Some critics sniffed that the band took too few risks musically. But even the mixed reviews hailed the album’s glossy production and taut performances.

Runner-up albums in the Fine Times survey were George Thorogood’s “Bad to the Bone” and Robert Hazard’s debut EP, which included MTV hits “Escalator of Life” and “Change Reaction.”

Readers of the Paper Magazine, a competing regional publication with a similar reach, named “Sneak Attack” top album in 1982 and 1983 year-end polls, and declared Bad Sneakers best band of 1983. 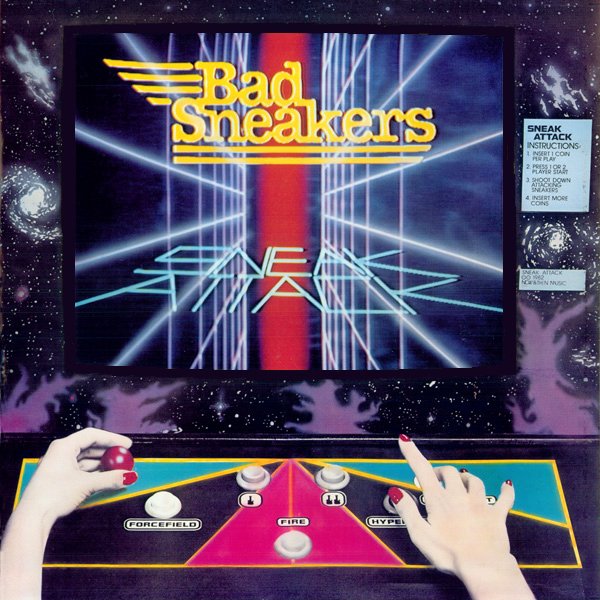 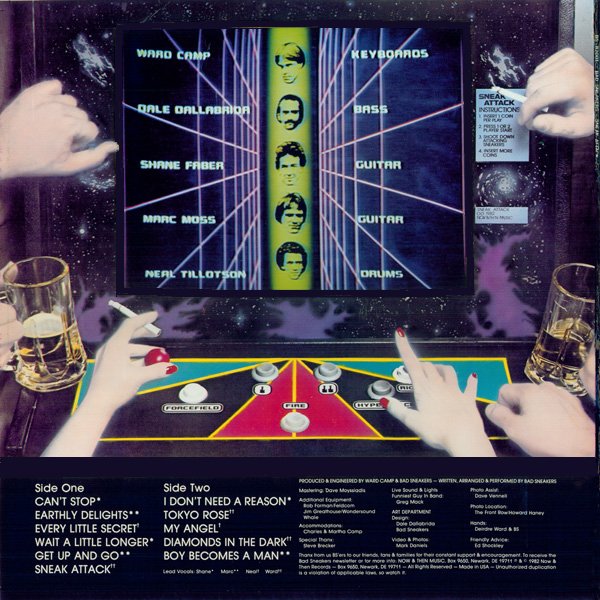 The 1983 loss of Ward Camp – founding member, multi-instrumentalist and producer – triggered a tectonic shift in Bad Sneakers’ career. Rather than enlist a new keyboard player, the band had its bassist and guitarists double on synthesizers.

Electronic arsenal in hand, Bad Sneakers streamlined its approach to songwriting and production. Lean, sinewy rhythm tracks and digital washes supported a stylistic palette “from the frantic crunch of ‘Anesthesia’ to the silky balladry of ‘All I Want to Know,'” a band press release said.

A month after its 1984 release, “Beat the Meter” hit number 25 on U.S. Rock magazine’s national independent-label airplay chart – edging out releases from Black Flag, Billy Bragg and Naked Raygun while nipping at the heels of Husker Du, Sonic Youth, the Minutemen and the Meat Puppets.

TO WARD CAMP FROM HIS FRIENDS 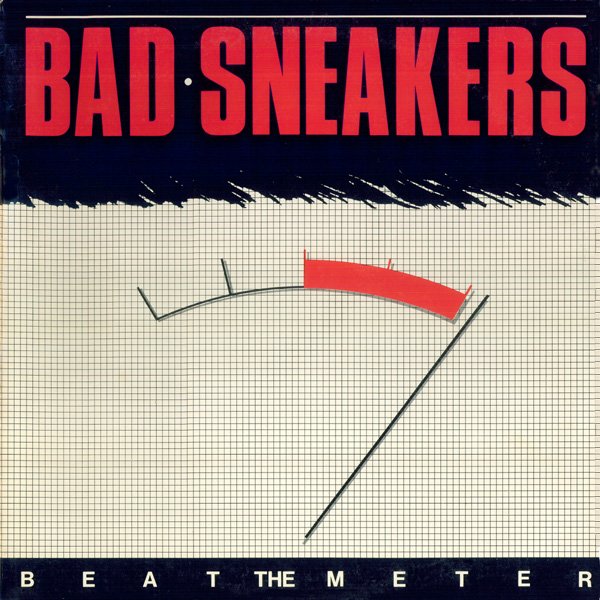 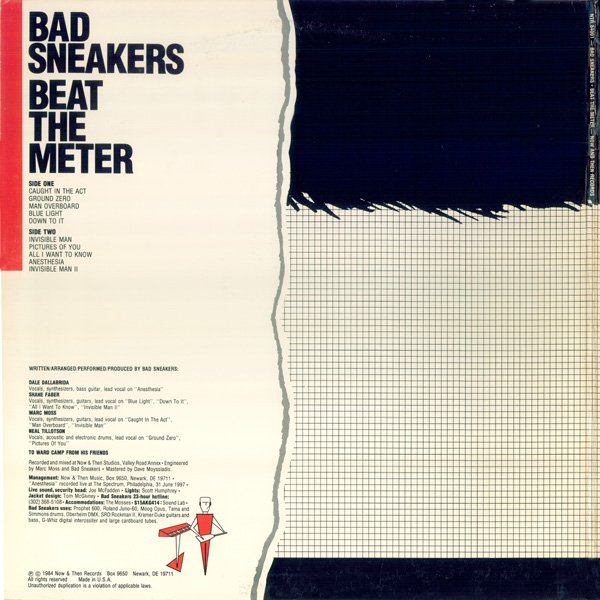 
Big Ducks in the Basement

Stylistic differences among band members had lent breadth to previous Bad Sneakers albums. But increasingly, creative conflicts and personality clashes became a source of friction. That discord spawned “Big Ducks in the Basement,” the band’s final release in 1986.

Bassist Dale Dallabrida, who composed six of the album’s 12 songs, left the band while recording was still in progress. “It was either quit or go postal,” he said.

The fragmented sound of “Big Ducks” reflects the chaos under which it was created. “I can only hear the sound of our grand experiment ending – not with a bang, but with a quack,” drummer Neal Tillotson said two decades later.

And yet of Bad Sneakers’ three albums, “‘Big Ducks in the Basement,’ their last, was probably their best,” said radio personality Bob Bowersox of Wilmington, Del., pop powerhouse WSTW-FM.

“Although there are those who say ‘Beat the Meter’ was an excellent album too,” Bowersox said in a 1991 broadcast. “They’re all good.”

PRODUCED AND ENGINEERED BY BAD SNEAKERS

Recorded in 1980 and 1981, these unreleased experimental demos represent musical directions the band considered and rejected. “Great to Be in Love” and “I Just Got to Be Your Man” show a rhythm and blues influence, while “Margie” and “Just Another Pretty Face” are forays into ’80s New Wave territory.

Until the last moment, “Where’d You Get That Girl” was a contender for the “Sneak Attack” album.

These songs are included in the bootleg Bad Sneakers anthology “Where’s My Pope Hat?” which surfaced on the Internet in 2008.